Beijing Aquarium is a separate facility in Beijing Zoo; visitors have to purchase a separate ticket to enter. However, most people see the aquarium as a part of Beijing Zoo, which is a national zoo and has banned animal performance for years. 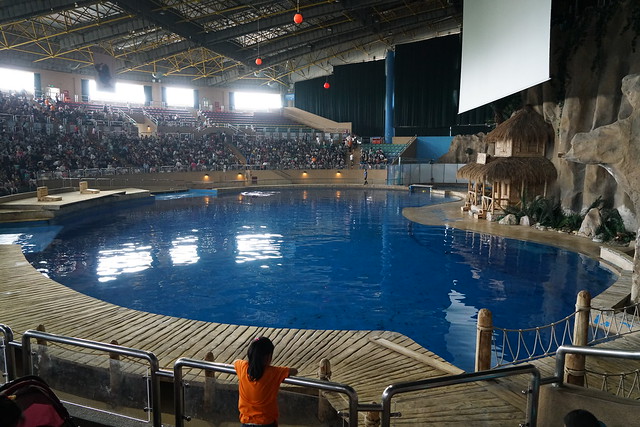 Visitors can see the cetaceans both during and after the performance. The whole aquarium is noisy and stuffy. The cetacean theater has around 3,000 seats and they were all taken on the day (Sunday) likely because the aquarium is busier at the weekends. Visitors were mostly families with children from Beijing and visitors to Beijing, as the aquarium is a popular destination for travel groups.

Two belugas live in an enclosure on the left of the main performing tank. The gate between the two tanks is rusted and it opens when the belugas are scheduled to perform. The tank has a radius of about 4 meters. There is no enrichment and no information board. 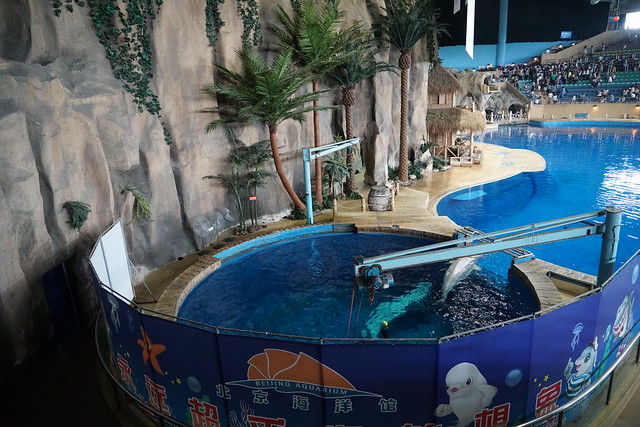 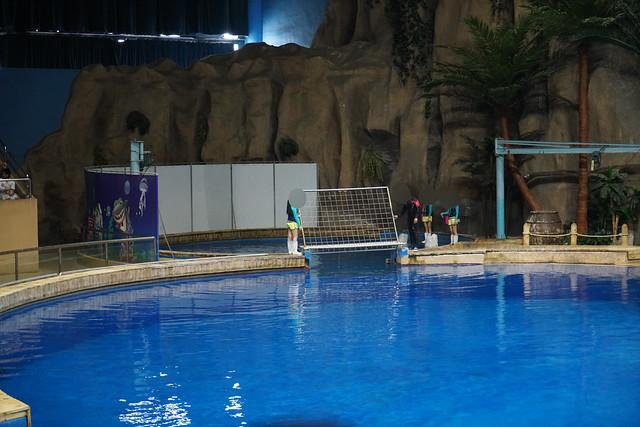 The two belugas did water ballet, sprayed water at the audience and screeched through their blowholes, a trained trick.  Two visitors were invited to the stage to interact with the belugas before the show and there was a clapping and hand-raising competition, which was very loud. The belugas were stationed by the stage and had their heads out of water.  Often aquariums state that their captive cetaceans are not bothered by the very loud music and noise from the crowds as they are under water. However, cetaceans can actually hear perfectly well in air, meaning they are equally as disturbed as any human would be with this level of noise. 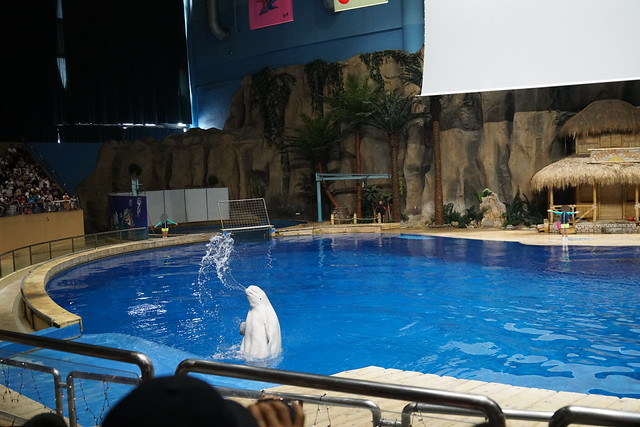 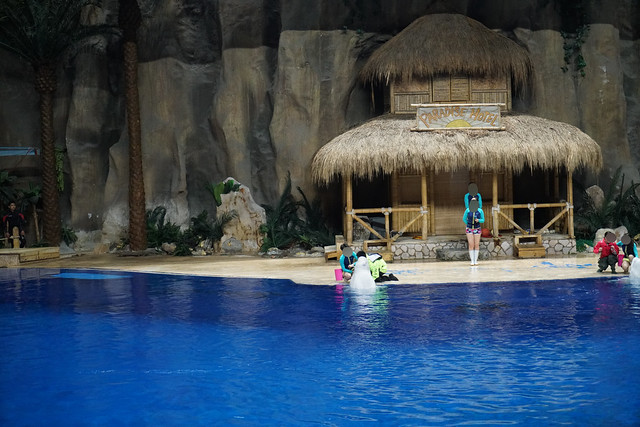 When we went into the aquarium after the show we heard some sharp and loud screaming close to the beluga tank. We could not tell if the belugas made it and there were no staff around who could confirm this. 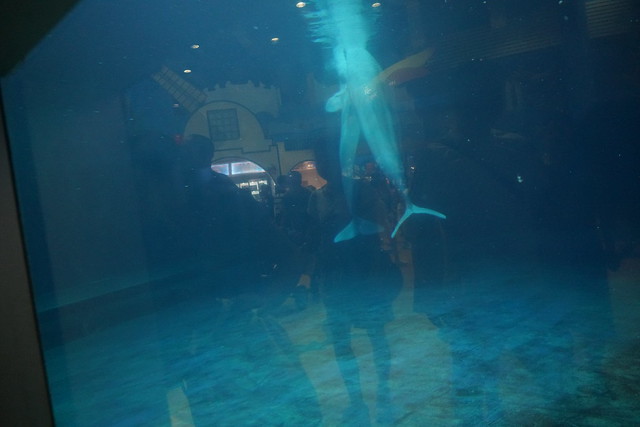 There were three bottlenose dolphins performing on the day of our visit and no other dolphins were seen in the holding tank; however, there could be more tanks out of view, which visitors have no access to.

The dolphins jumped out of the water, beached onto the deck and let a trainer ride on their heads. After the show the dolphins were supposed to be in the exhibit tanks, but we did not see them. The glass seemed to be dirty and full of scratches and the water looked dark. 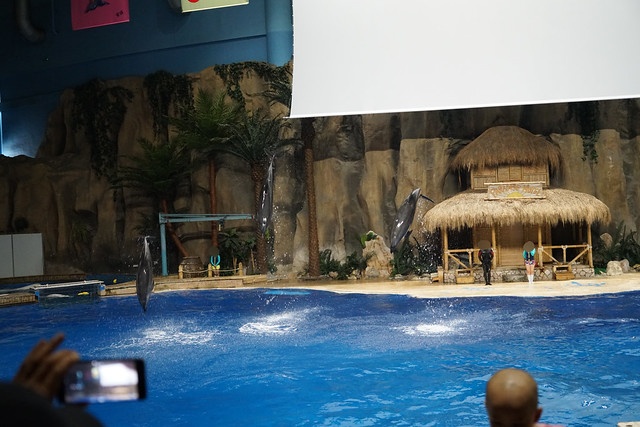 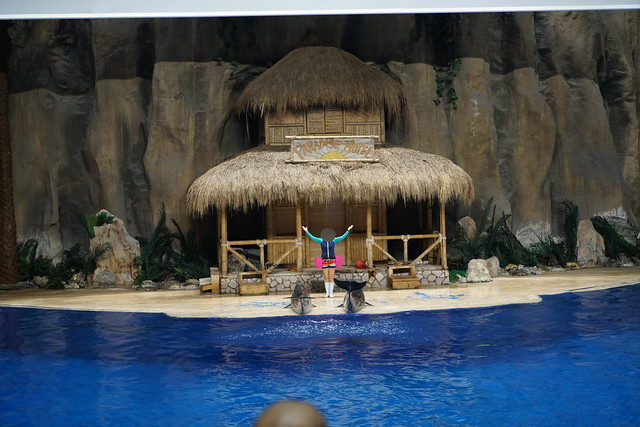 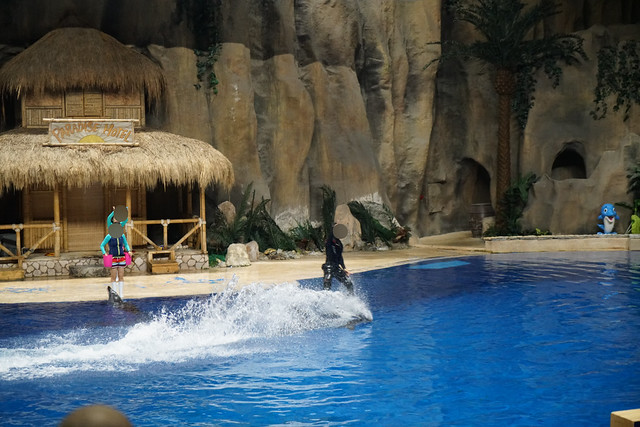 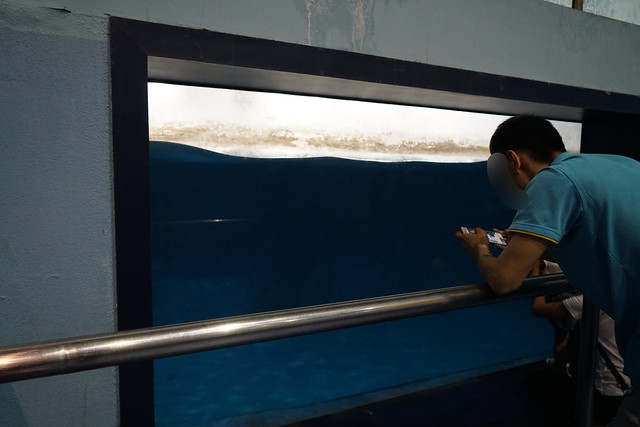 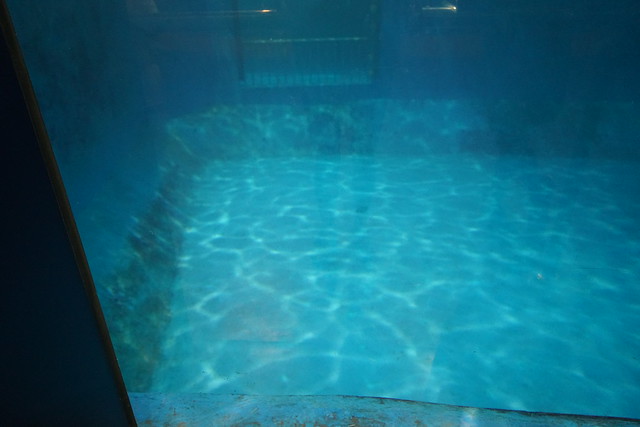 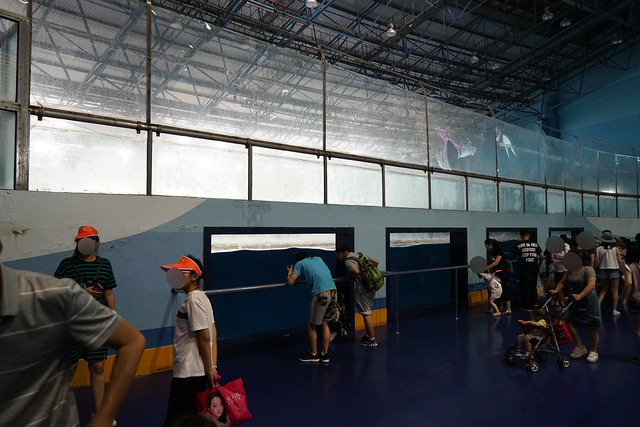 The only other sea mammal we saw was a sea lion. It performed after the beluga whales, and before the dolphins. A woman was invited to the stage to interact with the animal. 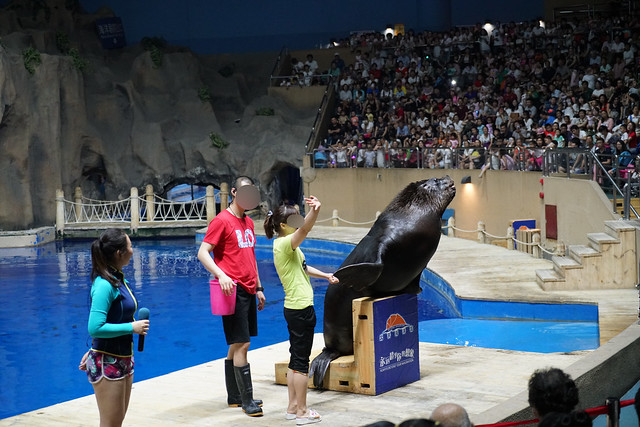