Tianjin Haichang Polar Ocean World opened in September 2010. It is located in a newly developed area in Tianjin, which is about two hours’ drive from Beijing. It is a popular choice among people both in Tianjin and Beijing and among visitors traveling to Tianjin. 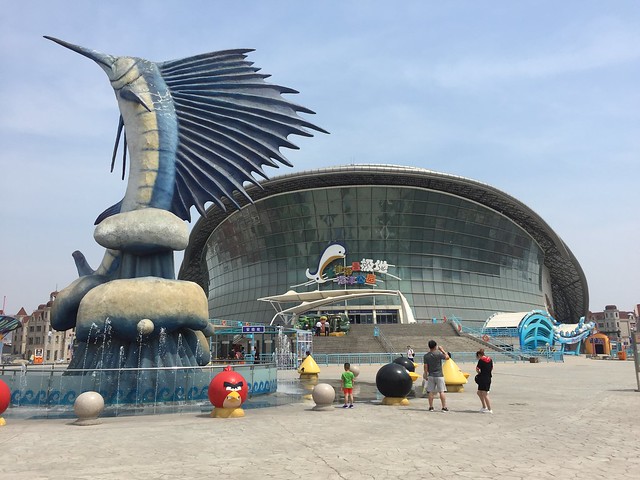 Dolphins in the theatre

The holding tanks were very small, with rusted gates and peeling paint. No enrichment was seen and there were no information boards. Huge amplifiers were hanging on the ceiling, blaring music and the performance narration.  There is no escape from the noise for the animals. 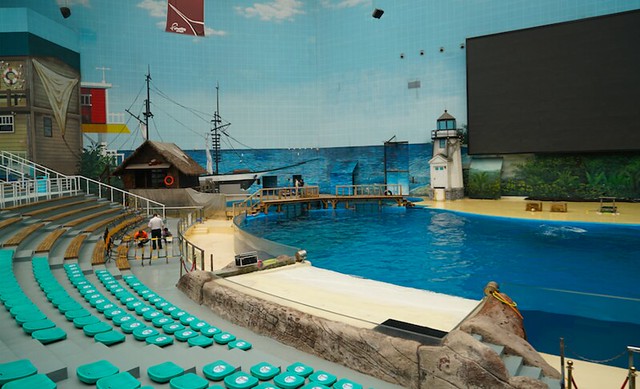 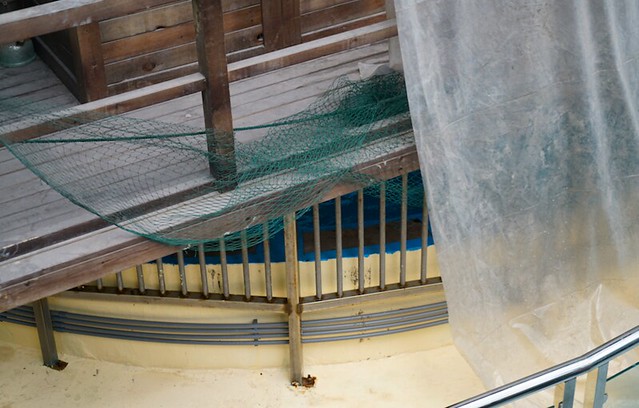 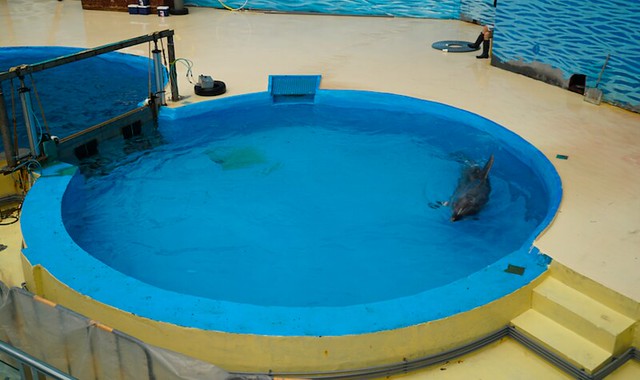 A walrus performed first, before the dolphins. Its tusks were worn down. The earliest record we can find of a walrus in this facility is from 2013 but we cannot tell if this is the same animal. The walrus played a trumpet, did sit-ups and sprayed water at the audience. 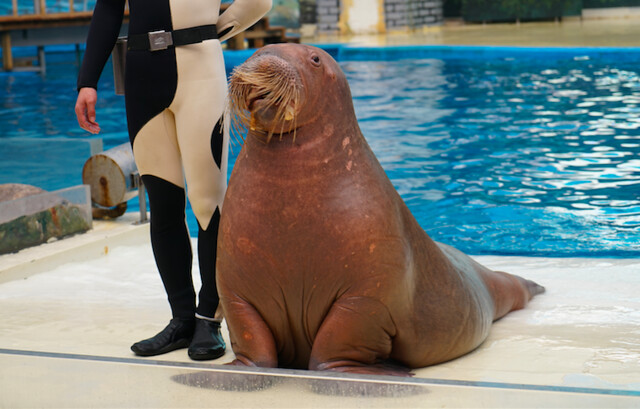 A Uruguayan sea lion performed after the walrus. It posed balancing on one forelimb. 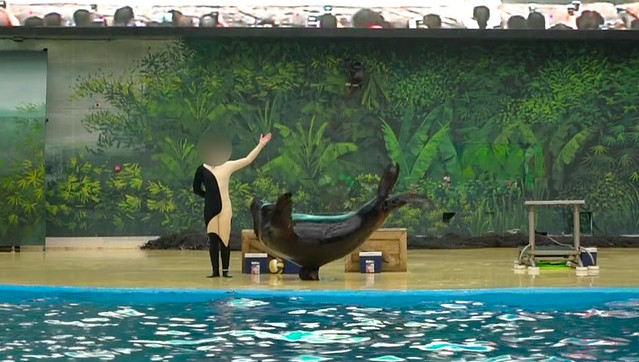 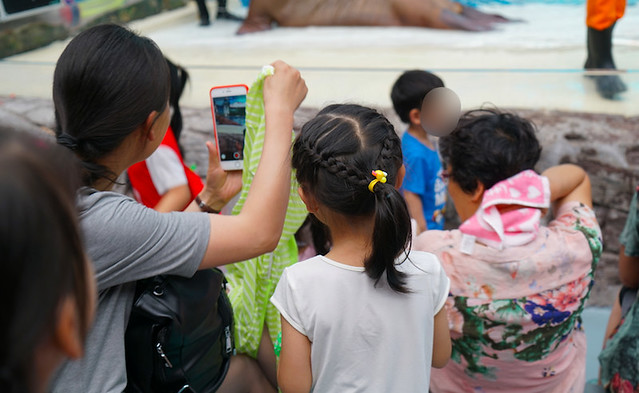 One bottlenose and two white-sided dolphins performed together. They jumped out of the water, did water ballet with trainers and the bottlenose beached for two minutes while the trainer gave an introduction about its anatomy. A visitor was then invited to the stage to play with the dolphin by tossing a hula hoop and later interacted directly with the dolphin. Anyone can pay 100RMB to take photos with the dolphins after the performance. The dolphins can only be seen during the performance–they are held in back tanks at other times. None of the dolphins opened their eyes fully; we can only suspect that this is due to poor water quality in the tanks. 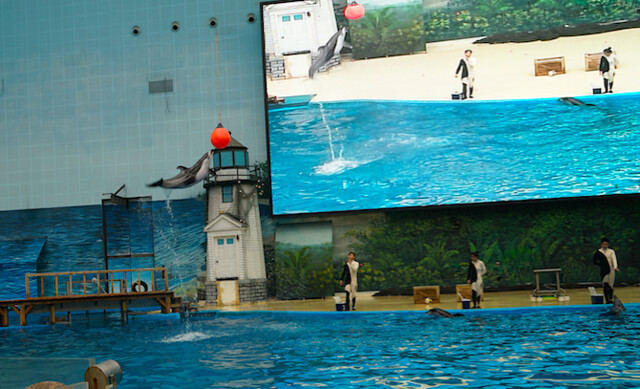 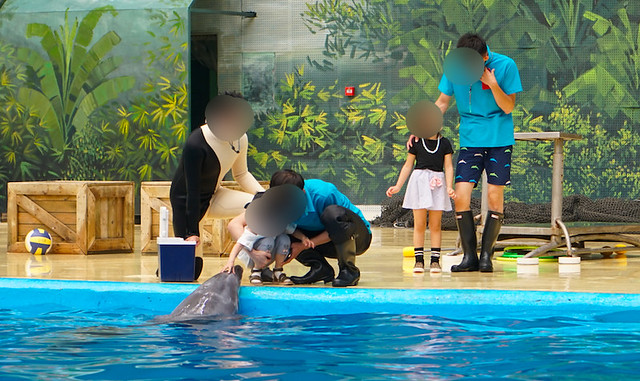 Previous data indicate that there should be eight belugas, but we only saw four. 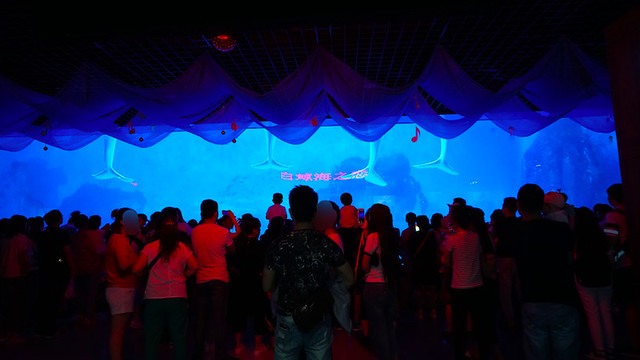 Belugas did water ballet with the trainers and were held in the same tank for the whole day. People can go to the second floor to see the belugas getting food from the trainers. But if someone wished to throw anything into the tank, then there is nothing to stop them. 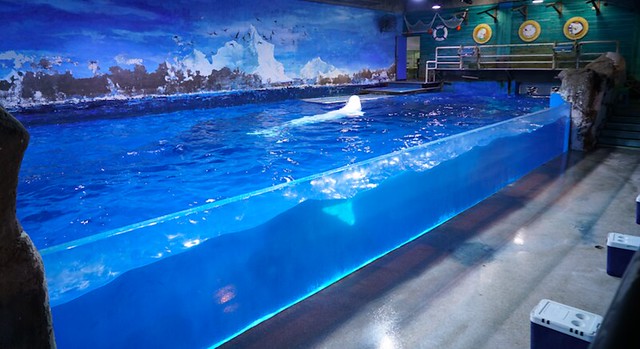 The information boards are hard to see and there is no enrichment, no access to natural light or fresh air and constant exposure to noise and other disturbance from visitors.

The tanks have rusted panels and peeling paint. The belugas swam in circles, often with their eyes closed. These whales exhibited the strongest stereotypic behaviour in their swimming patterns that the CCA investigators have ever seen.

The CCA was informed that there was only one finless porpoise at this facility, but our investigators saw four in total. There were some rings in the tank as the only enrichment. The finless porpoises seemed to be active; one showed its penis, which suggested there was sexual activity going on.   Tianjin Haichang claims that it is breeding cetaceans in the name of conserving the endangered species; however; CCA speculates that the breeding programmes aim to increase the facility’s captive cetacean numbers. 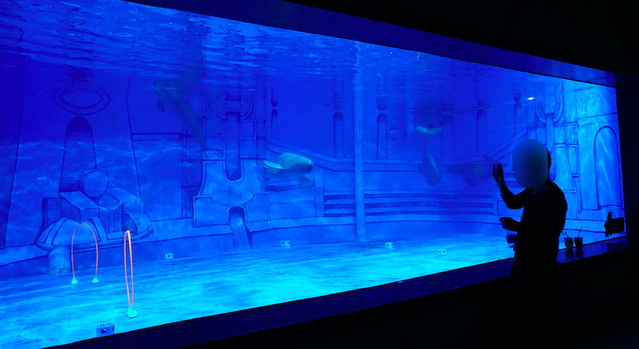 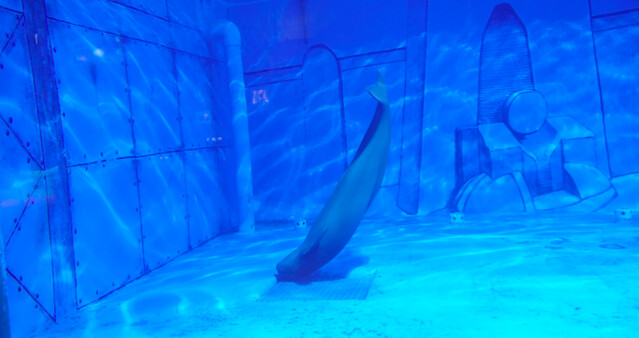 Pizza, a polar bear once kept at Zhuhai Chimelong Ocean Kingdom (also known as Grandview Aquarium), is now living in Tianjin Haichang Polar Ocean World.  Pizza caused a stir in 2016 when her awful living conditions were brought to the attention of the public, who called for her rescue or release.

Her welfare has not improved and sadly she showed even stronger stereotypic behaviour than she had at Grandview.. Pizza shares the enclosure with another bear, which the CCA suspects is a hybrid (cross between a brown bear and a polar bear). We saw some aggressive behaviour between the bears over space in the enclosure. 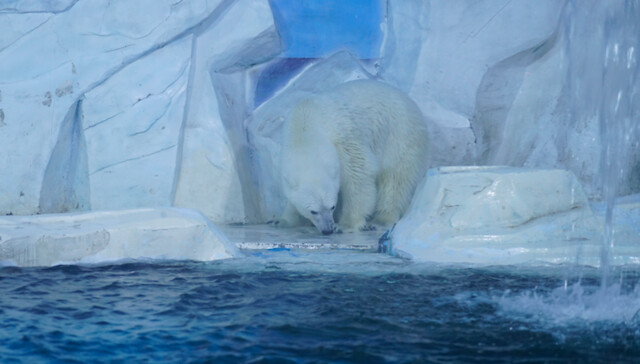 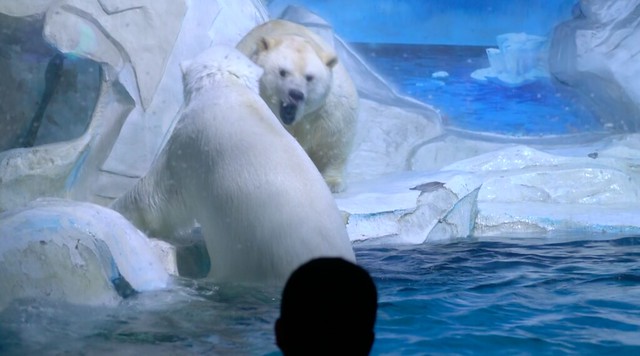 The enclosure of seven Arctic foxes had the most enrichment in Tianjin Haichang Polar Ocean World. During our visit the foxes were sleeping so we could not tell if they ever interact with the toys. 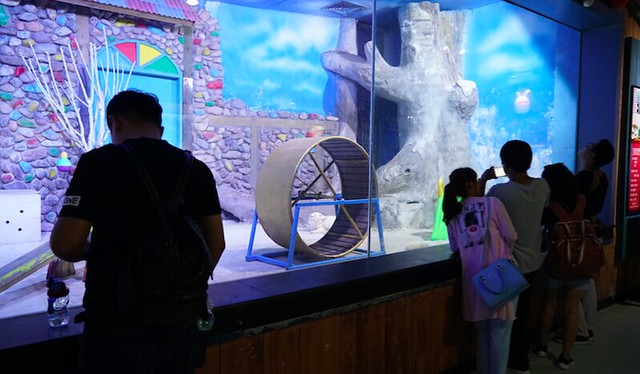 There are two Arctic wolves living in an enclosure with no enrichment. They seemed to be stressed and anxious, constantly pacing back and forth. 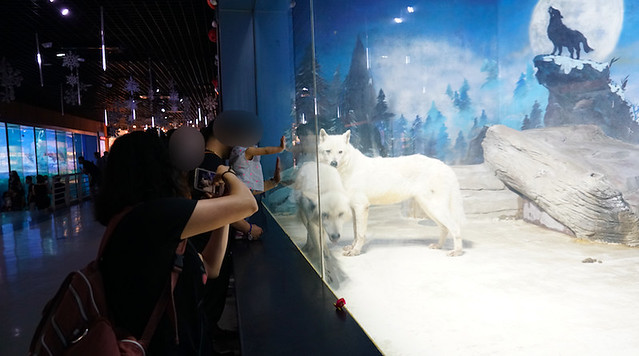 Approximately eight sea lions were in an enclosure with no enrichment and muddy water. 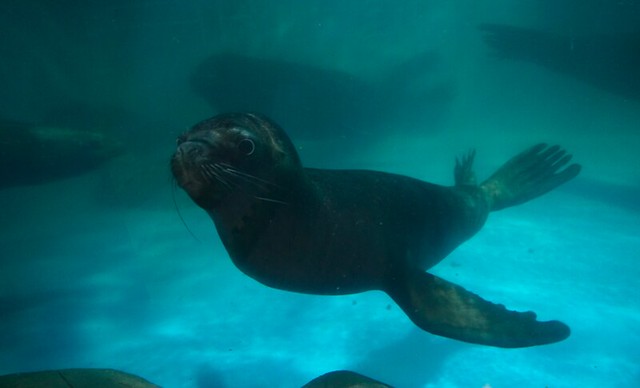 Approximately 10 seals were held in an exhibit where people could feed them: 30RMB for 1 person, 50RMB for 2 people. 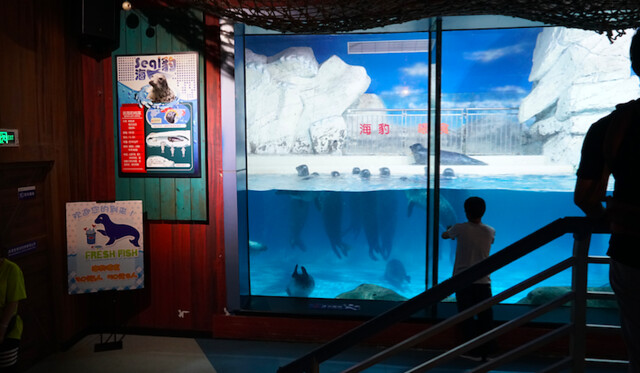 Some penguins of various species were held in one enclosure. A chinstrap penguin seemed to be in terrible condition. 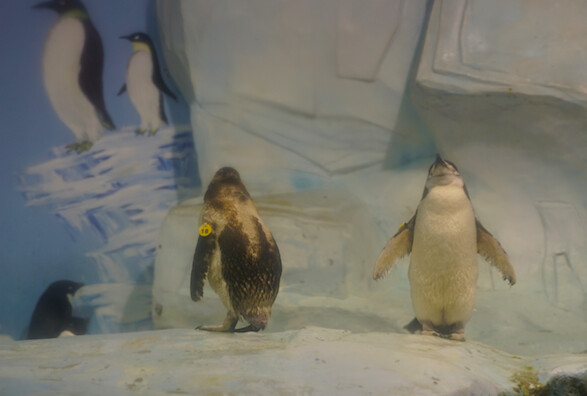 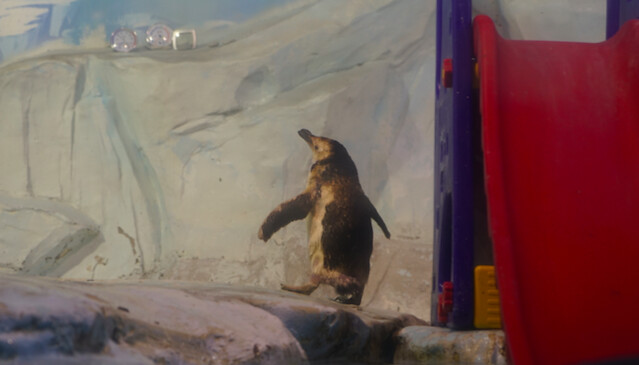