The whale shark is the largest non-cetacean animal in the world in the sea and we at the China Cetacean Alliance celebrate International Whale SharkDay (August 30th) as an opportunity to raise awareness of the plight of these magnificent animals in captivity in aquarium’s throughout the world.

Whale Sharks can reach lengths of 40 feet or more, and can live for over 100 years. They are filter feeders, scooping tiny creatures including plankton, crustaceans and small fish, with their colossal gaping mouths while swimming close to the water’s surface. These become trapped in the sharks dermal denticles whilst filtration takes place. The Whale Shark can filter more than 1,400 gallons of ocean water per hour.

As a pelagic species, the whale shark inhabits open sea areas, as opposed to other shark species which dwell near the ocean floor. They are known to gather at a dozen major feeding locations around the world, from western Australia and Indonesia to Belize. But between May and September, the waters of Mexico’s Quintana Roo state, on the north-eastern Yucaton Peninsular, draw far more animals than other spots and attract an estimated 800 or more in each season.

It appears that they are returning to this site to fuel up on the rich planktonic food that’s present to carry them through much of the rest of the year. 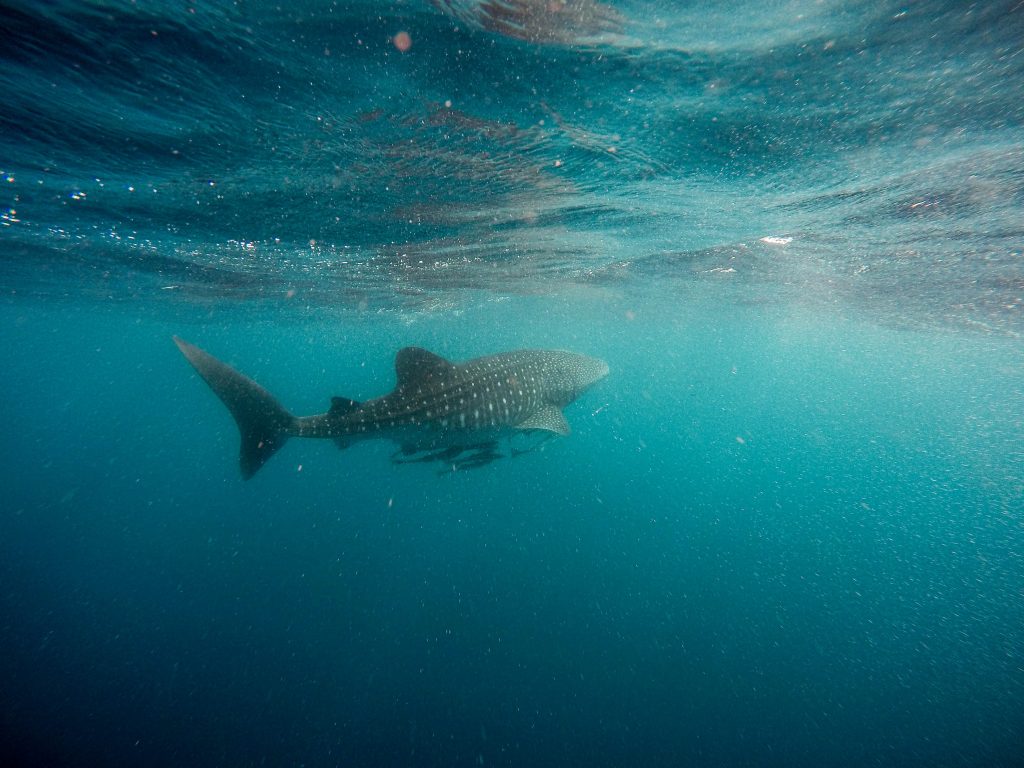 Scientists analysed whale shark numbers and movements between 2003 and 2012 using tags and satellite tracking. Among more than 800 individuals studied, one animal stood out. A mature and presumably pregnant female called Rio Lady was tagged and then tracked along an odyssey of some 4,800 miles (7,800 kilometers), which ended when her tag came off after five months of observation. Swimming out between Brazil and Africa until she passed the Equator, and that’s where her tag came off.

This distance was later ‘topped’ by a 2011 study which tracked an individual across more than 20,000 kilometers (over 12,000 miles) of ocean, the longest migration ever recorded for the species. Researchers attached a transmitting tag to the shark they named “Anne” in the Pacific Ocean near Panama’s Coiba Island. Over the next 841 days, Anne’s transmitter would ping the satellite whenever she swam near the surface. Those data points allowed the team to follow her movements south to the Galapagos Islands and clear across the Pacific to the Marianas Trench south of Japan and east of the Philippines—a distance of 20,142 kilometers (12,516 miles).

The discovery solidifies the whale shark’s place among the ocean’s most widely travelled creatures, alongside leatherback turtles, gray whales and Arctic terns.

Whale shark conservation; Classed as vulnerable on the IUCN Red List, the whale shark is a victim of the shark finning trade whereby overfishing is damaging shark populations. As an internationally valued species, there is a high demand for whale shark meat, fins and oil which are usually obtained through illegal fisheries. Similarly, unsustainable fisheries often catch whale sharks by mistake, killing them in the by-catch process.

Whale sharks are also in danger due to the ingestion of microplastics in the sea. Microplastics are small pieces of plastic less than 5mm in size. Some microplastics are manufactured, such as the microbeads added to health and beauty products, while others are the result of larger plastics gradually breaking down.  These plastics are pervasive in marine environments, and they are known to harbour toxic substances such as heavy metals and phthalates.

More recently, whale shark tourism has dramatically increased resulting in high numbers of humans swimming with these graceful creatures in their natural habitat. If done correctly, this can benefit the conservation status of the fish, however several operators see the activity as a profit maker, interrupting the whale sharks feeding process to entertain tourists. There have also been cases of boat/propeller injuries within this industry. 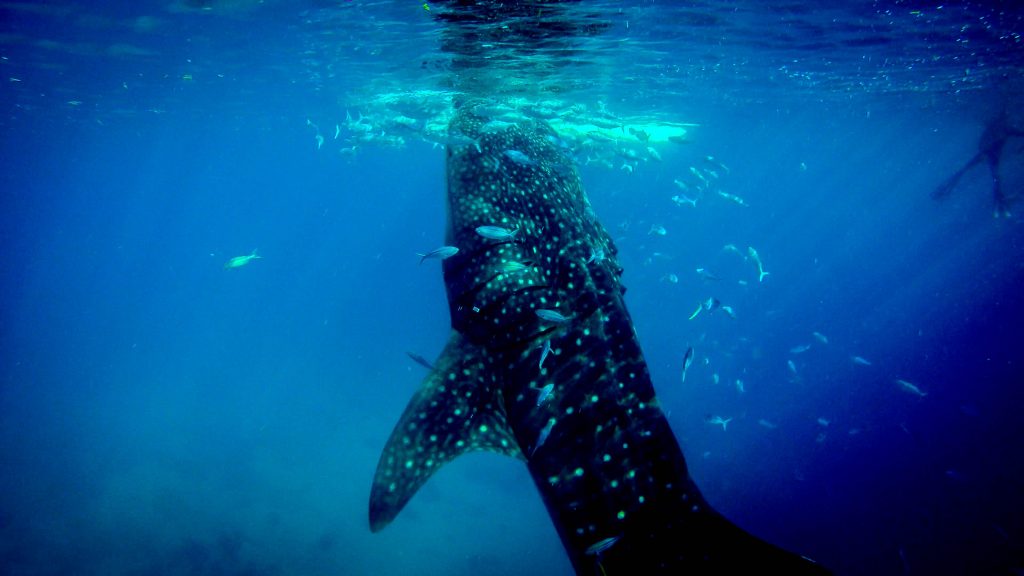 How can we help the Whale Shark?

The main way we can help the whale shark is by using scientists to discover more information regarding their life cycles, habitats and overall behaviour. This information can allow specific conservation plans to be put in place and allocate areas to be protected. The more we know, the more we can do!

The shark finning trade is slowly decreasing, which is good news for all shark species. However, illegal fishing does still occur, meaning campaigning against this trade is essential in ensuring a growing Whale Shark Population.

If visiting or taking part in a whale shark diving activity, make sure the operator is a trusted and sustainable company. Most conservation focused providers make this clear prior to your dive!

Conservation of the far-roaming animals will take international cooperation because whales spotted in one area may depend, in other seasons, on resources located many hundreds of miles away.

Whale sharks in captivity; Many whale sharks are now being ripped from the wild to supply the ocean park industry, where they must adapt to an artificial diet and habitat, excessive noise and the proximity of people and unknown animals, and to deal with the adverse impacts of swimming within chemically treated waters. Many suffer from the stress of confinement, often resulting in illness and premature death. Whale sharks are wide-ranging animals with diverse physical, behavioural and psychological needs. Keeping whale sharks in captivity causes them to suffer unnecessarily.

For details of the captive industry in China please explore the rest of our site: http://chinacetaceanalliance.org/en/china-cetacean-alliance/