This aquarium is in the hotel, which gives it an advantage in Sanya’s hot weather. 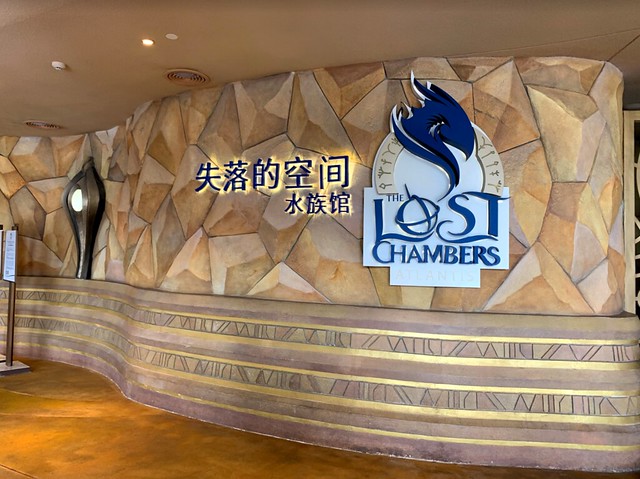 The public record shows that this facility has two beluga whales, six bottlenose dolphins and four Pacific white-sided dolphins. The two belugas are on exhibit, but the 10 dolphins, which are used for the close-encounter program for hotel guests, were not “available” during our visit. The close-encounter program has dolphins and sea lions, but only sea lions were on exhibit during our visit. Staff didn’t give any explanation for why the dolphins could not be observed. 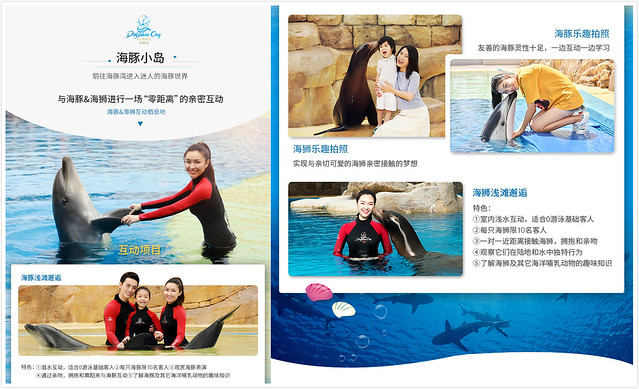 Andy is a 17-year-old male beluga. Tina is a 14-year-old female. It is claimed that the tank water is kept at 12-14 ℃. The tank is smaller than the beluga tank at Shanghai Haichang Ocean Park (12-14m*8m*6m), but the design of the entrance to this tank makes it appear spacious. It is not a smooth-walled tank, but has textured features that look like rocky ledges, boulders/mounds, and sand banks. The tank contains many sharp corners. The belugas do water ballet with trainers, and people can pay to dive with the belugas. A man who seemed to be employed by a local travel agency was helping visitors pose in front of the beluga tank. He shot photos with his flash on. Although the info boards for some animals were relatively informative, our investigators could not see an info board for the belugas. 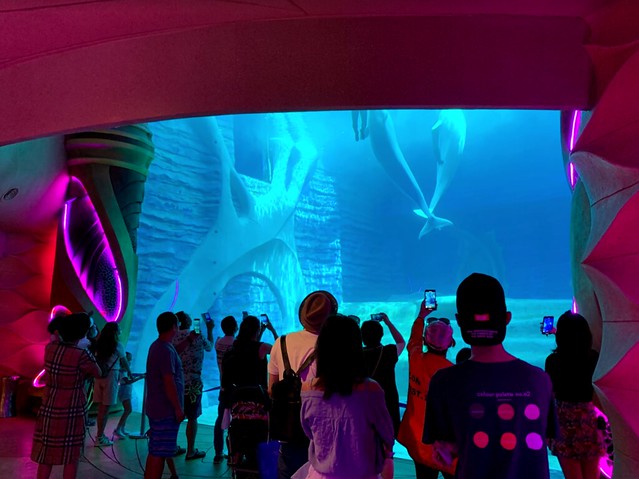 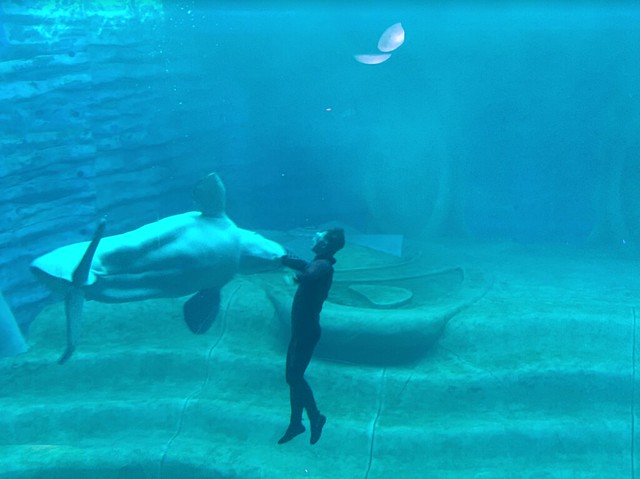 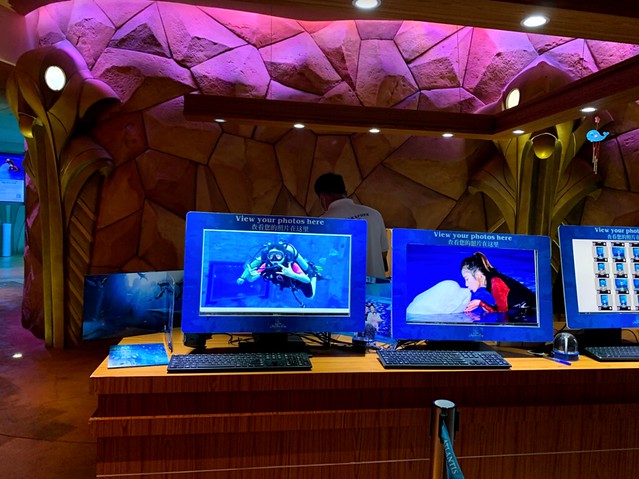 This aquarium has two spotted chimaera; this was the first time our investigators had seen such fish in China. They also saw a sawfish and some scalloped hammerhead sharks, which are all Endangered or Critically Endangered.

A touch pool contained bamboo sharks, stingrays and sea stars. When our investigators stood there, the staff encouraged them to touch the animals, though she said “some rays are shy and may avoid you”. 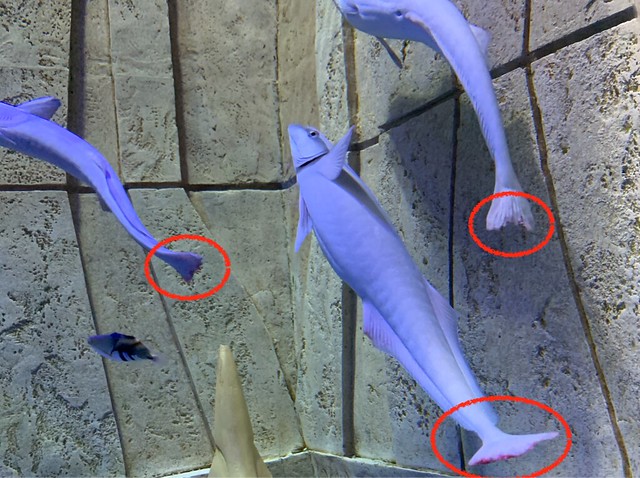